When a baby is born, it needs all nourishment and cares parents can provide. The best nourishment option for a new-born baby is breast milk. It contains all the nutrients that a baby needs, plus it contains antibodies that protect babies from infection. Breast milk plays a role in the prevention of Sudden Infant Death Syndrome (SIDS) and reduces a child’s risk of developing asthma and allergies later in life.

The question that comes for most Vegan parents is that: Whether Breast milk is Vegan or not? 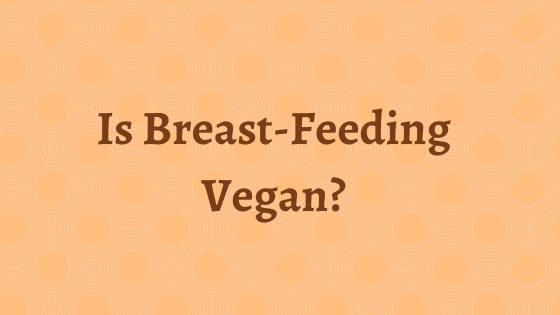 Vegan products are cruelty-free. Vegan does not include things that involve harm to animals or the environment, as we do not own it. As long as a mammal is not forced to do something, but does it willingly by own independent choice, it comes under Vegan product. Since a mother decides to feed the baby with her breast milk on her own, mother’s breast milk is vegan for her child.
Additionally, like all mammals, a human mother produces milk for the sole purpose of nourishing her baby. The breast milk composition changes as the child grow, the milk of a mother with a new-born baby is different than the milk produced by the same mother with a four-month-old baby. These changes are designed by nature to meet the continuing developmental needs of the child. And so, for vegan moms and their babies, there is no moral contradiction in breastfeeding.

If Breast milk is Vegan, why not Cow milk?
Again, a human mother feeds her baby with breast milk on her own choice. However, cow’s milk is forcibly collected from her. Since Vegan products do not promote cruelty on animals, cow’s milk is considered non-vegan.

Is banked milk Non-Vegan?
Banked milk is the one that is donated by women to be used by other parents. Banked milk is stored to feed a child in need whose mother cannot supply the child with her milk for some reason. If a baby is given the milk of other women than her mother, the question arises if Banked milk is Vegan?
Yes.
Veganism is a matter of compassion. The milk stored in these banks is of women who willingly donate it. These women are neither forced to give it, nor are they unaware of its use. Since donating banked milk is a volunteer act and an act of compassion, banked milk is considered Vegan.
To conclude, feed a baby with mother’s or some other woman’s breast milk is Vegan. It is fine as long as it is by the mother’s or any other woman’s will. Breast milk is the healthiest choice for  babies.